Why Were Science and Social Studies Excluded from Common Core Standards? 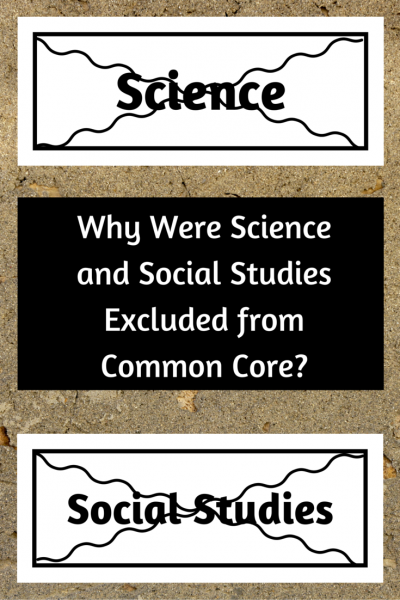 Common Core State Standards (CCSS) have come under fire from education experts around the US. The primary issue appears to be, not what is included in the CCSS, but what has been left out. Some of the additional criticism centers on the often ‘heavy-handed’ way the federal government has handled standards implementation.

Many state educators believe the federal government, once again, has usurped control from the states to further a controversial policy. Born of the perceived failure of the No Child Left Behind legislation, Common Core also leaves much to be desired changes on the ‘cutting room floor.’

Unlike detractors, Common Core supporters dismiss the massive cuts in the education budgets of many local school districts since the Great Recession starting in 2007. Statistics show that as of 2014, 34 of the 50 states reduced funding for public education during the economic slowdown and the mortgage crisis.

Supporters believe that standardization of testing and teacher evaluations is progress, while detractors are unsure and decry the CCSS ‘package’ as another example of the federal government playing Big Brother, believing individual states need education regulatory guidance to improve public education.

Since the 1990s, education reform has become an in fashion topic. Various mini-initiatives have been tried to improve students’ critical learning skills and abilities. Many have been abandoned, replaced with new tools.

Still Common Core has a lure that attracts supporters and puts off detractors. Much of Common Core’s attraction generates from supporters’ optimistic claims of its superiority. These claims include the following items.

The NCLB initiative, which at the time (2002) garnered bipartisan support from Washington, DC legislators, was supposed to close the historic gaps in classroom performance. The CCSS is focused on clearing away the wreckage wrought by NCLB. Supporters claim Common Core standards reach this goal, while detractors believe it does not. The detractors’ questions remain. “Why were science and Social Studies not included in Common Core standards?”

Common Core standards were created by a committee of academics and assessment gurus – behind closed doors. Many committee members had ties to testing organizations leaving themselves open to non-arms-length decisions, lacking objectivity.

Common Core skeptics believe that science and social studies are just as important as reading and math skills. Supporters get ‘cranky’ when asked if the new standards were created from a political perspective, not a teacher-student focus.

Is Common Core producing college- or career-ready students? The jury is still out; no clear decision has been reached. New standards label students as early as the 3rd grade as ‘on’ or ‘not on track’ for college. How is that possible or, even desired.

Solutions May Not Exist

Many ask if Common Core is a true educational program – or a political marketing program. It begs the question, “Who really controls public education?” The Obama Administration is a huge supporter of Common Core, but there will be new White House residents in January 2017. Will the new administration offer big support to Common Core? Unknown.

Just as some presidential candidates want to make Obamacare disappear, the 2016 election will or will not offer a palatable solution. With strong political, if not overwhelming academic, support, workable solutions are rare at best. Guess we’ll all see what happens.

A big thank you to our Guest Blogger: William A. Pirraglia

After a 30-year career as a successful banking executive, including two stints as CEO of small institutions, Bill began as a full-time freelance writer in 2005. He has authored over 5,000 published articles, blogs, white papers, web pages, and e-books for clients, many of which are repeat clients.

After earning his Bachelors degree (Boston College), he received an M.B.A (Bryant University) with concentrations in management and finance. He has a passion for writing on diverse subjects to share his expertise with people, helping improve the quality of their life. 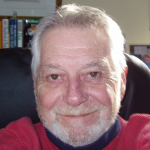