What is best for our country, not what's in it for me

What is so intriguing about this man that more than an estimated 16,000 books have been written about him. What makes him so special that another great movie has recently been released and has brought in top billing in the box offices? And why do our students still have interest in this man?

Why We Love Abraham Lincoln Soooo Much!

Perhaps the last question is one of the easiest to answer. Lincoln almost single handedly brought down the slave trade…him and of course the Civil War. But it was the Emancipation Proclamation that Lincoln signed in 1863 that made the Civil War less about dividing the Union by succession and more about slavery that really started it all. Lincoln is a white man who fought for the blacks. Maybe that’s as simple as it gets for some younger students. They can see this. They can understand this. This is one man that we can all agree changed the course of history. He’s someone our students can look up to as someone to aspire to.

Most people know that he was instrumental in abolishing slave trade in the United States and that he was president during the Civil War. But there are many areas of his life that they do not know or have forgotten.

Lincoln was a great orator. The Gettysburg Address, while short, shows his true talent, his kindness and belief in his words. Unlike most politicians who hire a team of writers to discuss and over discuss every word written, Lincoln's lone speech is more powerful than almost any speech ever written. When you couple his eloquence, ... "that these dead shall not have died in vain--that this nation, under God, shall have a new birth of freedom--and that government of the people, by the people, for the people, shall not perish from the Earth" with the actual message of that speech that is so moving and powerful, it brings the listener to tears and makes them hope they can only be half the person that Lincoln was. 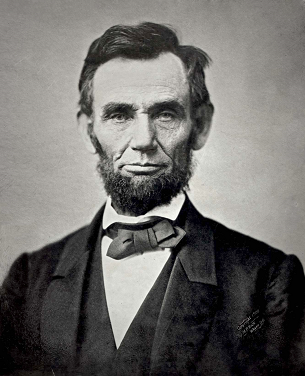 Not only was Lincoln compassionate and caring, but he was smart. He understood the human psyche far better than most. He knew the law, and he knew how to be a politician. He was tough and more importantly dedicated to his cause. Could you imagine taking on the oil industry in today’s world? Slave trade was a highly lucrative and attractive industry for many. It was practiced in Europe and other major countries and is still practiced in some countries today, although not prevalent. Slave owners and traders were considered among the wealthy. Most people in power tend to bow to the rich, rather than take them head on.

Many people can relate to Abraham Lincoln on a human level. He came from a small log cabin and made it all the way to be the President of the United States. Who does that really? Most of our presidents here in the States have been born with a silver spoon. Not Lincoln. He was a scrapper. He knew the value of a dollar and what it meant to people. He understood.

In education, Lincoln is an attractive study for teachers with a wealth of information and creative prose available. When I did a search for Lincoln on Yahoo!, I received more than 16,300,000 hits for websites. There is a plethora of lesson plans available across the curriculum. While we mainly think of studying him as a Social Studies lesson, he can easily be brought into math and the statistics associated with accomplishing all that he did to numerous reading and writing lessons in English Language Arts.

I am humbled by him. I am in awe of him. I wish I were more like him. This message is a wonderful motivator for our students. We can teach about Lincoln because he is so well-loved. Hmmmm….think I’ll take a moment and look up a lesson plan right now.