Why I Teach Short Story 3

By emperor
0 Comments
Blog, Why I Teach 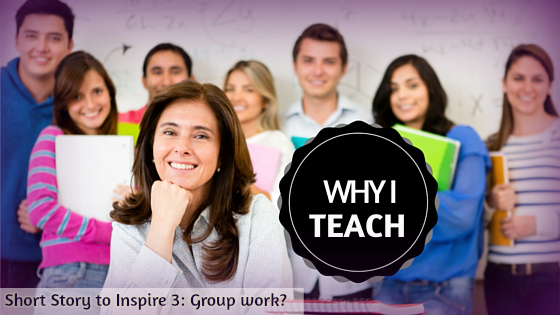 Today, though, things were going well. Laura had them working on some group assignments together, doing research with their tablets and studying ancient Roman civilizations.

She walked over to one of the groups to check out their progress.

“How’s it going over here?” She asked them.

“Hmmm… are you learning anything?” she continued.

“Yep,” he commented back.

“How about some specifics?” Laura asked.

“Clans?” Laura asked. “Interesting. Do these ‘clans’ ever do any ‘clashing’?” Laura began to make her way around behind Kyle as he quickly turned his iPad off.

“Well maybe you could tell your clan to go back to their little town hall level 8 because you need to be studying Roman history now.”

“Got it,” Kyle replied, shrinking down in his chair.

“Anyone else?” Laura asked, scanning the rest of the small group.

“Yeah,” Jenny piped up. “I learned about how the Romans came up with running water and used aquaducts to get water from lakes to their baths, pools and cities. They were pretty amazing.”

“Yes, they were pretty impressive,” Laura replied. “I’m sure it wasn’t too long after that invention that the first little Roman children left the water running in their sink. And the tradition has continued on all these years.”

“I’ve always been fascinated by the architecture and design,” Jenny continued.

“That’s great, Jenny. Maybe one day you’ll  be designing buildings and students years from now will read about you. Make sure you don’t let go of that passion. I can see you doing great things.”

“Thanks,” Jenny replied. “I needed to hear that.”